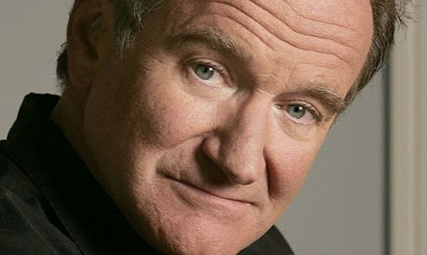 Often in life the difficulties we're presented with can wear you away. Something anyone who's ever made a film will vouch for and no doubt be able to show an array of battle scars.

But it's worth stopping every once in a while to remember why we took up the battle in the first place….

From the BFA's manifesto:

"The next generation of filmmakers and actors does have to come from somewhere. Talent matters. There will always be an audience for quality. If we really want to write, act, make films, then nothing, not even the seemingly insurmountable hard times will stop us.

So, unless we are all prepared to let films die with those currently considered bankable we have to take a stand. We have to see filmmaking as a business as well as a creative endeavour. British Filmmakers have to develop a similar attitude as that naturally inherent in our American contemporaries who are excited rather than disgruntled about working on interesting low budget projects and have passion for them that extends through to the end product.

We have to resist slipping into divides and work as one for the same desired outcome. Through a non exploitative effort such as the BFA filmmakers can trust that it is not success for one, but success for all, that is being fought for. With all the new developments in media technology present to us, why would we all just sit down and give up?

We can moan and complain about the loss of the Film Council, the lack of public funds, the rarities of opportunities open to us. But surely our energy would be better spent taking up the challenge of making things happen for ourselves. We, as filmmakers, are driven by our passions. We have within us the ability to make powerful and impactful changes if we are prepared to put in the effort to do so.

And why would we not?
After all, it's our futures that are at stake."

The BFA is about to embark on the next phase of its journey and the biggest step we've taken yet to make a stand for strong and impactful change at our level of the sector.

I can share with members the fact that I feel nervous about that, nervous and tired and not sure if it's even worth the fight - for the battles I've been fighting recently and the battles that lay ahead - bringing such an ambitious endeavour to life is daunting and overwhelming and frightening.

But I read today some words from one of my partners and friends. And they were words that came at the right time and as a straight talking gift that made me pull myself together and realise that the battles I face are nothing compared to what some people go through and what we, as filmmakers and actors experience as we fight for our vocation, isn't a battle at all, it's a journey, an adventure, a story that's ending is not yet known. Like attracts likes, and we all (myself included) need to throw away our despondency and approach our challenges with a lightness of spirit, a sense of exuberance and joy that will manifest in the magic of the films we make.

I will be able to share more with all of you soon about the next phase, the project that will be the vehicles that takes us through it, how as many BFA members as we can manage to accommodate will be able to become involved should they wish to, and which exciting established filmmakers, actors and business entrepreneurs are going to be supporting us.

I look forward to sharing that with you all soon and in a very sad but poignant spirit leave you for now with thirteen words from the late great Robin Williams:

"No matter what people tell you, words and ideas can change this world." – Robin Williams