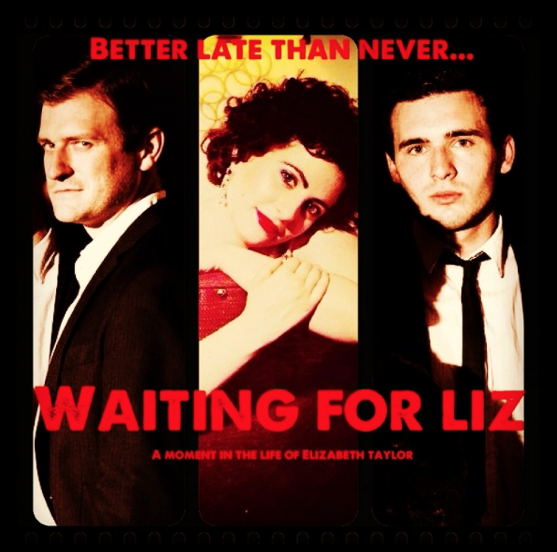 Last February we gave you details of a project one of our members, Claire-Monique Martin, wanted to try to get off the ground 'Waiting for Liz'.

Claire-Monique is an actress and faces the same battles and heartaches most actors face while struggle to progress their careers and find the kind of projects that matter and mean something to them to pour their talents into.

With that in mind Claire-Monique took the initiative to develop and write her own vehicle and create a role and a project that she knew would be the best thing possible to showcase her talents and provide a release for her creative energies.

Claire-Monique then faced the battle of her next step; how does an actress with no experience in producing a film make it all happen?

The BFA had only just launched, and as you all know, is still in its early days. However, while our long term goal is to self-generate enough funds to be able to support your projects and careers, we also want to be able to do whatever we can now in an effort to bring your projects to life – or give whatever small degree of help we can – even in an non-financial way.

With that in mind we met up with Claire-Monique to discuss her project and plans, give her some advice and support, and then reached out to our members to find those of you who wanted to be a part of what Claire-Monique was trying to achieve.

I'm thrilled to say that this week, just a few months since Claire first wrote to me, thanks to her tenacity and determination, a very successful Kickstarter campaign, the talent of two other wonderful actors and the hard work and belief of the filmmaking team involved, she was able to show me the final completed film.

Claire-Monique was able to group together with several of our members, including the film's director Phil Walker and leading man Henry Douthwaite. And the result is a truly unique short which showcases all their talent and Claire-Monique can now proudly use to market herself and promote as an excellent short film its own right.

I'm so proud of all of them, especially Claire-Monique, who had the courage to put herself out there despite the fear of doing something she'd never done before. She is over the moon with what was achieved. But what has made me the most happy was to hear her say to me this week. 'Now I've done this it's made me feel I can go on to do the next thing. It's made me feel I can fly.'

She's already on to writing her next script and her words and her action embody everything the BFA stands for.

For those of you who also refuse to accept your own circumstances and refuse to moan about the lack of opportunities and choose to go out and make your own – please read a few words from Claire-Monique and the team involved and be inspired:

Claire Monique Martin, actress, writer, producer
From an idea I had back in November, to it being filmed and edited in May, it has been the most incredible experience. I never thought I would be able to write, mainly because I am dyslexic. The BFA, Katharine, Phil, the Bad Pony Media Team, Henry and Kieron my talented co-stars have helped me make my vision into a reality and I am eternally grateful to them. 'Waiting for Liz' has now given me the courage to go and develop new pieces that I am passionate about in theatre and film, I've now started on my next script! At the moment I feel the skies are not the limit and I can fly. For all those who aren't sure to take the leap, here's my advice TAKE THE LEAP, I'm proof it's worth it :-)'

Henry Douthwaite, actor
Getting involved with "Waiting For Liz" was directly through my membership with the BFA and has completely proved to me what a fantastic set-up I have become attached to. Working with like-minded and dedicated professionals involved with the alliance has been a true pleasure. Claire's drive is very inspiring. Her creation combined with Phil's vision has resulted in a stunning piece of work concocted in a very simple environment. We did not stop talking film from the moment we boarded the train at Euston to the end of dinner that evening and set us up for a great combined effort and excellent camaraderie the next day, which included its fair share of setbacks and the extreme heat of a stuffy hotel room. The experience has taught me that as soon as I'm ready to press through with my own idea, I would be a fool not to involve members of the BFA. I certainly hope to work with everyone involved again.

As a writer director I was very pleased to step in and help Claire put together the short film "Waiting for Liz", when she showed me the original script I could see great potential but it did need a stronger ending. First we got together and did a rewrite and then agreed how we would like to shoot the story. The next step was to get a production crew together and cast the film. Claire set up a casting and Henry came on board while I used my contacts with the production company Bad Pony Media in Glasgow. We did an initial location recce and had a pre-production meet with Bad Pony. Two weeks later we were on set with cast and crew and managed, despite a few technical issues, to shoot the whole film in one day. Bad Pony, in the shape of Frank McGowan, also provided an excellent editor and the final cut is most impressive. I am currently working on my first full feature and hope to work with Claire again very soon.

To our actors….
Kay Mander: What is the definition of a pioneer?