The Strange Corners of Life.... 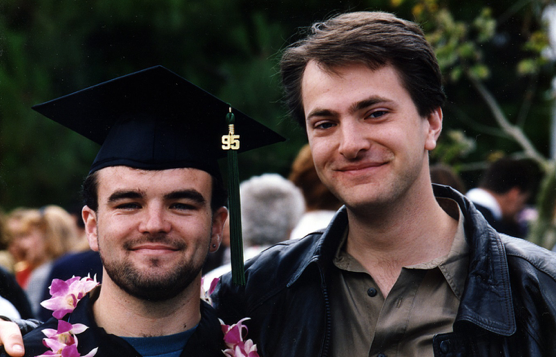 Many people might think our lives are pre-planned. And for some, what unfolds in life may well feel like the fulfillment of a certain predestined path. For others, life isn't such a smooth plane ride. For writers, artists, actors and others bitten by the creative madness that sinks its teeth in at an early age and refuses to release its clamped jaws until we answer that specific calling a lifelong course of plain sailing would be a curse, rather than a blessing.

I never thought I'd be in a position where I'd use Star Trek as a way of emphasizing a point but Captain James T Kirk said it well….

"Damn it, Bones, you're a doctor. You know that pain and guilt can't be taken away with a wave of a magic wand. They're the things we carry with us, the things that make us who we are. If we lose them, we lose ourselves. I don't want my pain taken away! I need my pain!"

Writers and actors in particular need their pain. If everything came too easily there'd be no rough edges to sharpen the senses. No grit for the creative muscle to grind against. The soul that carries the emotional reservoir an artist calls upon would be empty, its mind blunt, bland and dull.

That's why the twisting corners of life should be celebrated. They become the colours you paint the sky with. And, like a sports match, sometimes the most powerful and emotional stories are those whose endings can never be known.

Sadly, most films can be second guessed. This, in part, is why I feel it's the work of the writer which must be focused on. That's where the emotional journey of any film begins. Where it's born.
The more work we do and the more we push ourselves to create what is unique, profound and powerful, the more 'market' we create for the kind of diverse and meaningful films which people probably don't even realise they're missing out on.

All it may take is that one 'revolutionary' film from the independent sector, infused with the work of actors driven by the same artistic madness, to prove that we're worth far more consideration than we currently get.

But, as always, the journey starts with us. No one can tread that uneven ground for us. And the thorns that life throws at you along the way can point us in the right direction.

If anyone wants to see living proof of this embodied in a film I implore you to watch Kurt Kuenne's 2008 documentary 'Dear Zachary: A Letter to a Son About his Father'.

So many philosophies I hold true are present and alive within those 95 minutes; that documentaries signify an audience taste for meaningful stories, where the ending cannot be easily second guessed. That filmmakers must be driven by a passion beyond themselves, imbued by a healthy obsession which carries them over every last stone. That life can turn strange corners in the most savage and cruel and of ways and that we artists must be strong enough to ride out any storm. Our courage to committing our own personal take on the hardest parts of life to paper or screen can have a profound effect on others. And that is our purpose for carrying on.

To watch a film a filmmaker has made under such unforgiving and deeply personal of circumstances, knowing he was motivated by something beyond himself, rather than by fame or money, is both unbearably moving and utterly inspiring and I would urge anyone with a love of film, especially those who feel disheartened by the lack of opportunities and the obstacles we're up against to find the film and watch it, especially if you know nothing about it. As with a film like Psycho, Spanking the Monkey or The Six Sense, it's a film much better experienced when little is known. But be warned the emotional weight will hit you like a tonne of bricks and break even the hardest of hearts.

But as filmmakers, we need to feel our hearts breaking from time to time, it reminds us what we were put on this earth to do. And watching Kurt Kuenne's documentary, and understanding the reason why he didn't give up, reminds us why we never, ever, have the excuse of giving up either.

The Play That Goes Wrong...
To our actors….